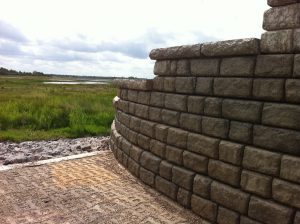 Retaining walls are structures designed to restrain soil to a slope that it would not naturally keep to (typically a steep, near-vertical or vertical slope). Retaining walls may fail by overturning, failure of the foundation or by sliding.

ESP are able to undertake Site Investigation and Geotechnical Tests to assess material properties to support the design of new retaining structures, and to investigate and remedy those which may have failed. 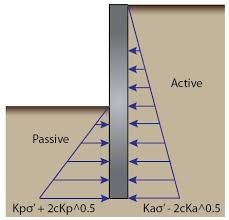 Earth pressure at rest: This applies when the wall is at rest and the material is in its natural state.

Active earth pressure: As the wall moves away from the backfill, there is a decrease in the pressure on the wall which continues until reaching a minimum value that then remains constant.

Passive earth pressure: As the wall moves towards the backfill, there is an increase in the pressure on the wall which continues until reaching a maximum value that then remains constant. 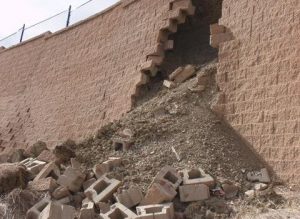 Retaining walls may fail by overturning, failure of the foundation or by sliding. There is both a vertical force and a lateral force operating on them, and the combination tends towards overturning. When designing and building a retaining wall, there are a variety of factors to consider. Before you begin designing your wall and choosing the aesthetics, you need to understand the location and environmental factors that can make your wall fail. Building a retaining wall takes advanced planning and careful design in order to avoid it becoming a hazard.