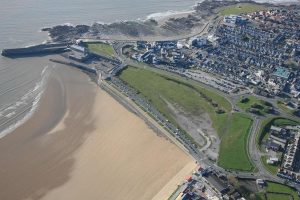 The UK has an industrial history which has resulted in a legacy for which land requires methodical recovery work to bring it back into everyday use. The contaminated land regime under Part 2A of the Environmental Protection Act 1990 is one of the main policy measures used to deal with this legacy. It provides a means of identifying and remediating land that poses a significant risk to health or the environment. It also works alongside planning rules to help ensure that this land is made suitable for use following redevelopment.

The overarching objectives of Part 2A of the Environmental Protection Act are:

(a) To identify and remove unacceptable risks to human health and the environment.

(b) To seek to ensure that contaminated land is made suitable for its current use.

(c) To ensure that the burdens faced by individuals, companies and society as a whole are proportionate, manageable and compatible with the principles of sustainable development.

Part 2A takes a risk-based approach to defining contaminated land. Within the Guidance, “risk” means the combination of: (a) the likelihood that harm, or pollution of water, will occur as a result of contaminants in, on or under the land; and (b) the scale and seriousness of such harm or pollution if it did occur.

Part 2A requires that local authorities cause their areas to be inspected with a view to identifying contaminated land. This Guidance recognises that there are two broad types of “inspection” likely to be carried out by local authorities: (a) strategic inspection, for example collecting information to make a broad assessment of land within an authority’s area and then identifying priority land for more detailed consideration; and (b) carrying out the detailed inspection of particular land to obtain information on ground conditions and carrying out the risk assessments which support decisions under the Part 2A regime relevant to that land. Under Part 2A, risks should be considered only in relation to the current use of the land.

Under Part 2A of the Environmental Protection Act, for a relevant risk to exist there needs to be one or more contaminant-pathway-receptor linkages – “contaminant or pollutant linkage” – by which a relevant receptor might be affected by the contaminants in question. In other words, for a risk to exist there must be contaminants present in, on or under the land in a form and quantity that poses a hazard, and one or more pathways by which they might significantly harm people, the environment, or property; or significantly pollute controlled waters.

(b) A “receptor” is something that could be adversely affected by a contaminant, for example a person, an organism, an ecosystem, property, or controlled waters.

(c) A “pathway” is a route by which a receptor is or might be affected by a contaminant. 3.9 The term “contaminant linkage” means the relationship between a contaminant, a pathway and a receptor. All three elements of a contaminant linkage must exist in relation to particular land before the land can be considered potentially to be contaminated land under Part2A, including evidence of the actual presence of contaminants. 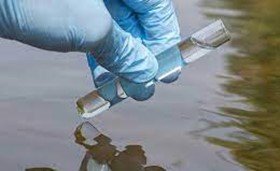 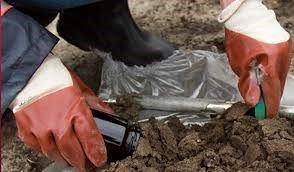 There are four possible grounds for the determination of land as contaminated:

(a) Significant harm is being caused to a human, or relevant non-human, receptor.

(b) There is a significant possibility of significant harm being caused to a human, or relevant non-human, receptor.

(c) Significant pollution of controlled waters is being caused.

Before making any determination, the local authority should have identified one or more significant contaminant linkage(s), and carried out a robust, appropriate, scientific and technical assessment of all the relevant and available evidence. If the authority considers that conditions for considering land to be contaminated land do not exist it should not decide that the land is contaminated land.

ESP have extensive experience of designing, implementing, and reporting on investigations of legacy land affected by contamination. Selected major studies are: