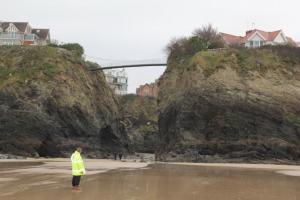 Kinematic analysis refers to a field of mechanics that describes the motion of objects. In the discipline of engineering geology kinematics looks at movement in the lithosphere ranging from large scale movement such as slope stability, to the microscopic scale in the form of dilation and distortion within rocks.

The study of these features, known as kinematic analysis, can be widely utilised within the field of engineering geology to gain a working understanding of the kinematic history of a site or region as well as the potential for future movement along a discontinuity or slope.

This article discusses the types, formation and analysis of kinematic features to highlight how they can be used to provide key information about the subsurface of a site.

The formation and analysis of Kinematic Indicators

Translation and rotation typically refer to motion on a larger scale, viewable when analysing a rock mass. An example of this larger scale analysis is the identification of geomorphological features such as back tilted blocks and tension cracks in landslide prone areas, allowing engineers to assess the spatial distribution and frequency of landslides within a site. Large-scale kinematic analysis is also commonly implemented in areas of heavily faulting to determine the mechanism of movement and the extent of displacement along a fault plane.

Dilation and distortion both occur on the microscopic scale effecting the individual grains or crystals that make up the rock itself and are commonly grouped together as strain. The process of analysing strain in rocks constitutes a vital form of evidence in the development of stress modelling. By analysing the extent and severity of strain within rocks, the orientation of historic stresses relative to the rock mass can be accurately gained, an indication of stress concentration can also be gained, however this is more of a general representation. The study of strain can also be of use in orogenic regions or areas with known observable shear zones. In these instances, kinematic indicators such as slickenlines along fault planes or the orientation of mylonitic fabric along an exhumed shear zone provide a vital record of the region’s orogenic history as well as an indication of possible repeated structural discontinuities throughout the site. 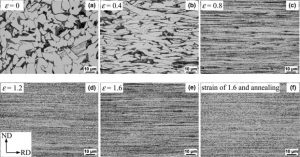 Kinematic indicators form in response to active stresses imparted on the rock mass. Theses stresses can be convergent, divergent or shear, each forming distinctive kinematic indicators associated with the varying stress regimes. convergent stresses will typically result in shortened or ‘squashed’ grains on the small scale and substantial geologic structures such as folds or large discontinuities such as faults on a larger scale. The shape and severity of deformation are the criteria that allows the orientation of the principle stresses to be determined. On the small scale, grains will be shortened or flattened normal to the principle stress orientation during deformation. On the large-scale faulting and folding will strike normal to the orientation of the principle stresses. Alternatively, in the case of a divergent stress regime, structures such as boudinages, normal faults and graben structures highlight the direction in which a rock mass has been extended.

In the case of Landslide kinematic indicators, geomorphological features such as back tilted blocks, tension cracks and solifluction lobes form as a result of the instability the active slope is experiencing. Material on an active slope begins to mobilise due to the presence of a failure surface in the area below the face of the slope. This movement can occur incrementally, known as creep, or in a violent event such as a flow. The downward trajectory of the material results in the creation of distinct landforms and features, some detailed above, which through in-depth kinematic analysis can provide key data regarding the type, age, severity, mechanisms and distribution of landslides across the site. 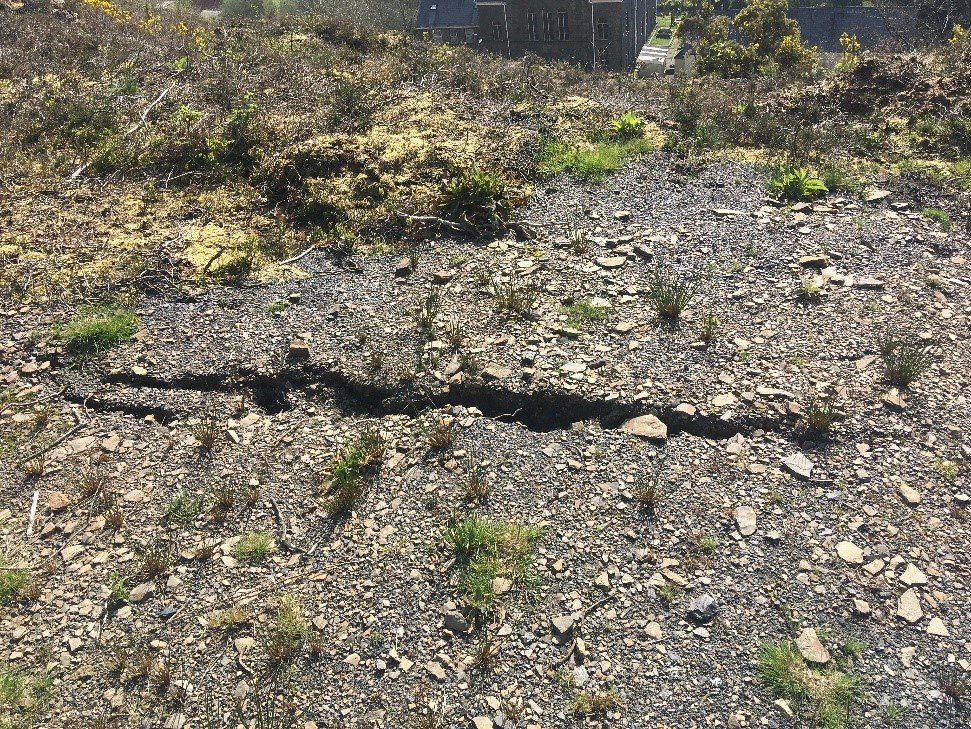