We have completed several phases of assessment for a large housing development on the outskirts of Swansea.

In order to assist the client who is now aiming to phase the construction of the development into smaller economical parcels, we also undertook specific assessments to provide the client with an options report for the waste generated on site and the reuse of topsoil. 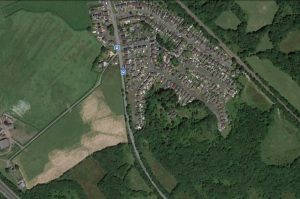 This housing development site has been the subject of two previous investigations. The information from the previous phases of work were collated and assessed and a targeted supplementary investigation followed.  The investigation included trial pitting, however, the method of works were considerate to the environmental constraints.

Supplementary geo-environmental testing was carried out on Made Ground, Topsoil and Glacial Diamicton across the site such that they could all be suitably classified in accordance with WM3.  In addition, Waste Acceptance Criteria testing was undertaken to help the classification of material leaving site.

Our analysis and assessment helped the client understand where waste generated on site would need to be taken during construction, so that programme delays in this regard were prevented. 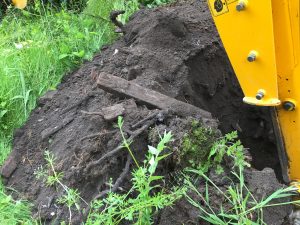 All of the above information was provided in a concise report simply outline the previous findings of the investigation, the new work done and the findings of the WM3, WAC and Topsoil testing.