The report identified, subject to nominal chemical and physical site remediation, that the site would be suitable for residential development. Liaison and presentation of information to the Local Authority and Environment Agency allowed their opinions and concerns to be acknowledged and addressed at an early stage. Remedial works could be scoped to allow the client to budget for site-preparatory costs, reducing financial development risks. 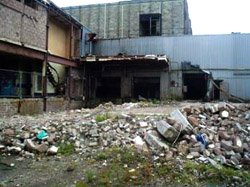 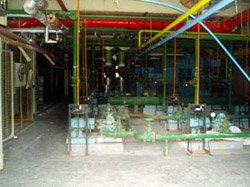 ESP were employed to assess physical and chemical risks at a site in South Wales to enable the client to evaluate development costs and planning risks, for a proposed residential development. The site was heavily affected by mining, with coal and ironstones having been extracted by both opencast and underground entry for over 200-years. Furthermore, the opencast areas were backfilled with mixed materials to create a development platform, upon which a major factory was constructed.

The factory used a number of solvents and other hydrocarbon compounds within their processes and had been historically prosecuted for spillages and leakages from underground tanks. Part of the site was also used as a petrol filling station.

The physical works allowed derivation of the conceptual site model, which identified highly variable depths of Made Ground, and depths to rockhead across the site, with significant mined voids identified within the rock, close to the surface.

Solvents and hydrocarbon compounds were identified within the near surface soils, and their distribution across the site was plotted, and interpreted to assess environmental and future health risks.