The report concluded that no significant risks to Controlled Waters were present, and, furthermore, that the contaminant plume was degrading by Natural Attenuation, preventing the requirement for potentially very expensive (£300k+) active remediation. The works were designed in association with the construction contractor, in order that they could be undertaken during the ongoing construction works, preventing any delay to the construction program. The conclusions were agreed by the Environment Agency, allowing the planning condition to be discharged, preventing any delay to the scheme. 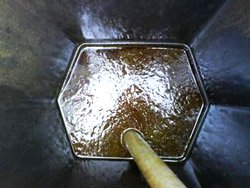 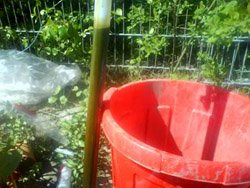 ESP were employed to conduct a Controlled Water Risk Assessment at a former industrial site in South Wales. The Environment Agency had raised concerns regarding the potential for historic contamination affecting groundwater and the adjacent major river; the satisfactory assessment and action on these risks were a requirement of the Planning Permission. The site was a historic coal-tip which had been leveled around the 1940s/1950s to create a development platform for industry. A number of industrial uses are employed at the site, most significantly a car-parts manufacturer. In the 1990s the site was cleared and reclaimed to prepare it for commercial development.

A number of generic site investigations had been undertaken, and had addressed foundation options, risks to site users, and ground gas; however, none of these works had addressed risks to the environment, or the groundwater that existed at depth. Following a comprehensive review of previous works, a range of physical investigation works were implemented comprising windowless sampling, rotary drilling, and laboratory testing in soil, leachate, and groundwater phases.

The physical works allowed derivation of the conceptual site model, which identified thick (10-15m) Made Ground, followed by Glacial Deposits and sloping rockhead at depth. The works demonstrate that no soil source of contamination remained at the site; however, a thick layer (up to 1m) of free-phase hydrocarbons existed, floating on the surface of the groundwater.

ESP undertook a programme of monitoring and sampling over a period of around 10-months to confirm groundwater behaviour, interaction with the river, contaminant composition, concentration variations throughout the plume, and aquifer geochemistry.

Following collation, interpretation and presentation of this comprehensive information, ESP conducted a Detailed Quantitative Risk Assessment (DQRA) and were able to demonstrate that no significant risks to Controlled Waters were present, and, furthermore, that the contaminant plume was degrading by Natural Attenuation.