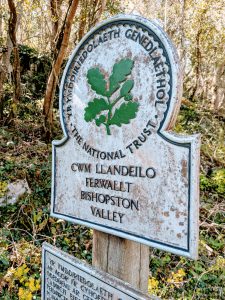 Members of the ESP team recently enjoyed an interesting and challenging walk through the ‘hidden valley of Bishopston’. This secret world of limestone caves, underground rivers and ancient woodland leads to one of Gower’s most beautiful, but secluded beaches, Pwll Du Bay; a former limestone quarry that exported limestone to Devon until 1902.

”The Bishopston Valley starts in the village of Kittle Hill and heads south below the town of Bishopston before reaching the sea at Pwll Du Bay. Parking near St Teilo’s church gives easy access to the main features of the valley. Numerous well signed footpaths wind their way through the valley giving good access from the local roads, and in the mid section of the valley the normally dry river bed makes a fine natural footpath.

The Bishopston Valley is owned by the National Trust giving excellent access and making any visit to the karst features of the area a most worthwhile venture, even if not heading underground. Near the top of the valley, the Bishopston Stream is engulfed through several sinks and the dry streambed is followed down the gentle slope of this deciduous wooded valley until the water eventually re-emerges after its brief journey underground. The massive Daw Pits are a feature quite unique to this valley, with four of these located to the side of the dry stream. The deep vertical sided pits are karst features formed by the underground course of the stream and are densely wooded. The upper pit is located on private land, but can still be viewed from a footpath that leads down from the village. The Lower Daw Pit is the largest of the four with the woodland footpath passing close by to give a impressive view.

The caves and hydrology of the area has significantly changed at the top of the valley with the excavation of a large area of limestone in Barland Quarry at the top of the valley. This has destroyed Ogof Bishopston, some 460 metres of sporting cave and also moved the point at which most of the Bishopston Stream sinks. A new section of cave – Barland Quarry cave has now been uncovered beside the entrance to the quarry. The quarry is now in the process of being filled with demolition rubble”. Caves of the Bishopston Valley, www.ogof.org.uk 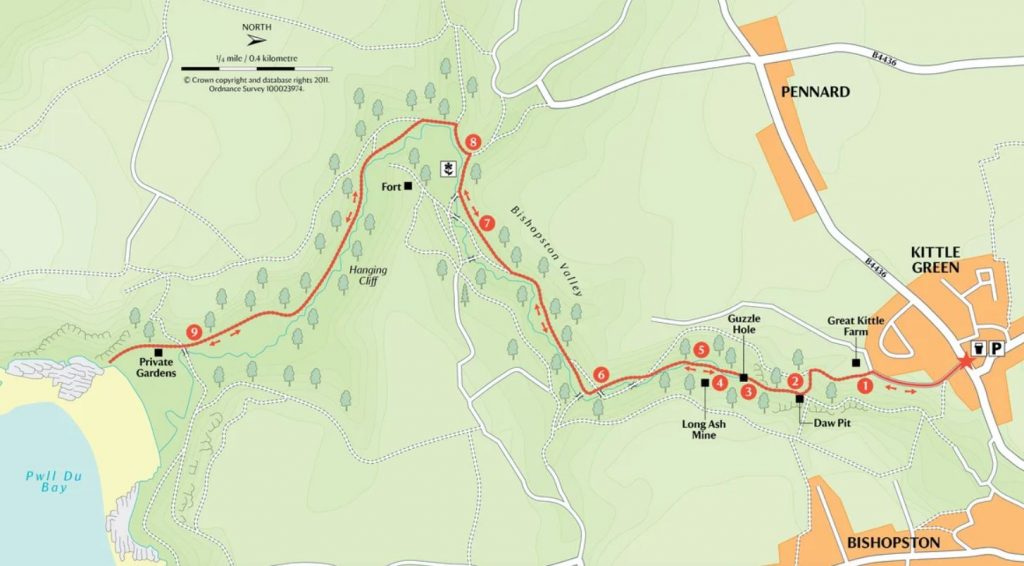 The Lower Daw Pit is the largest of the four pits and a walk down the valley following the dry riverbed will bring you to the northeast edge of the pit where giving a great vantage point for this huge void. An 8 m climb down allows you to enter the pit and marvel at the 20 m high cliffs that form the western side. 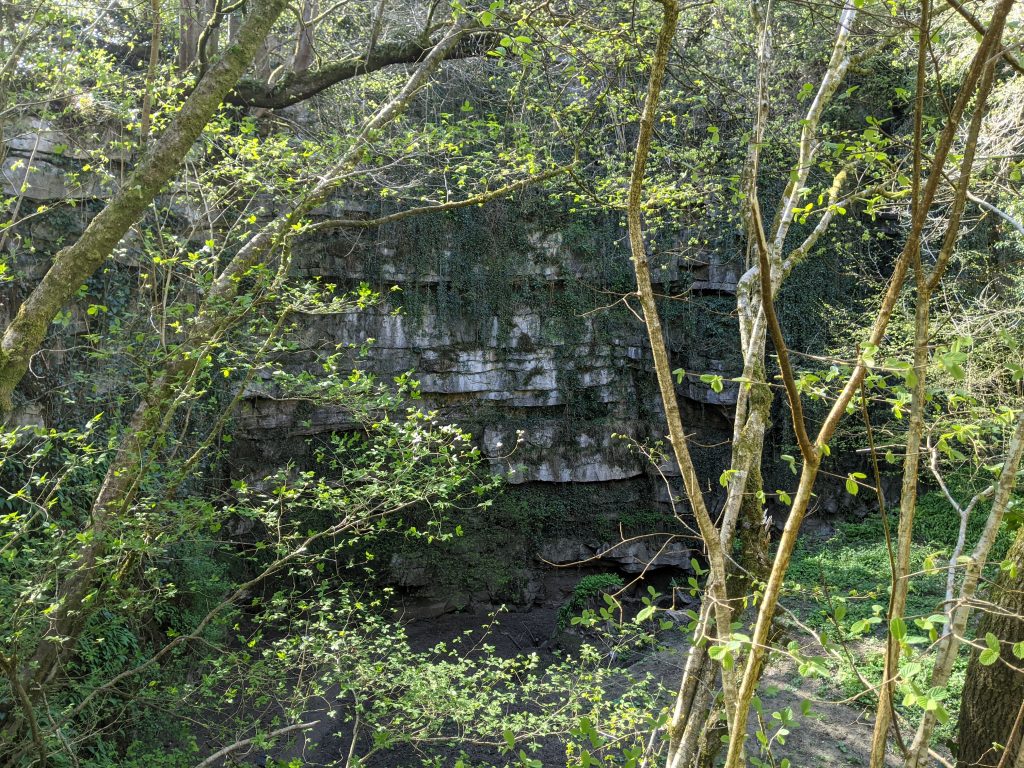 The entrance to Guzzle Hole is fairly large, about 5 m wide and 2 m high and soon gets lower where the underground stream is encountered. The stream then sinks immediately through a rock filled bedding plane on the left to carry on into Meander Cave a little further down the valley. 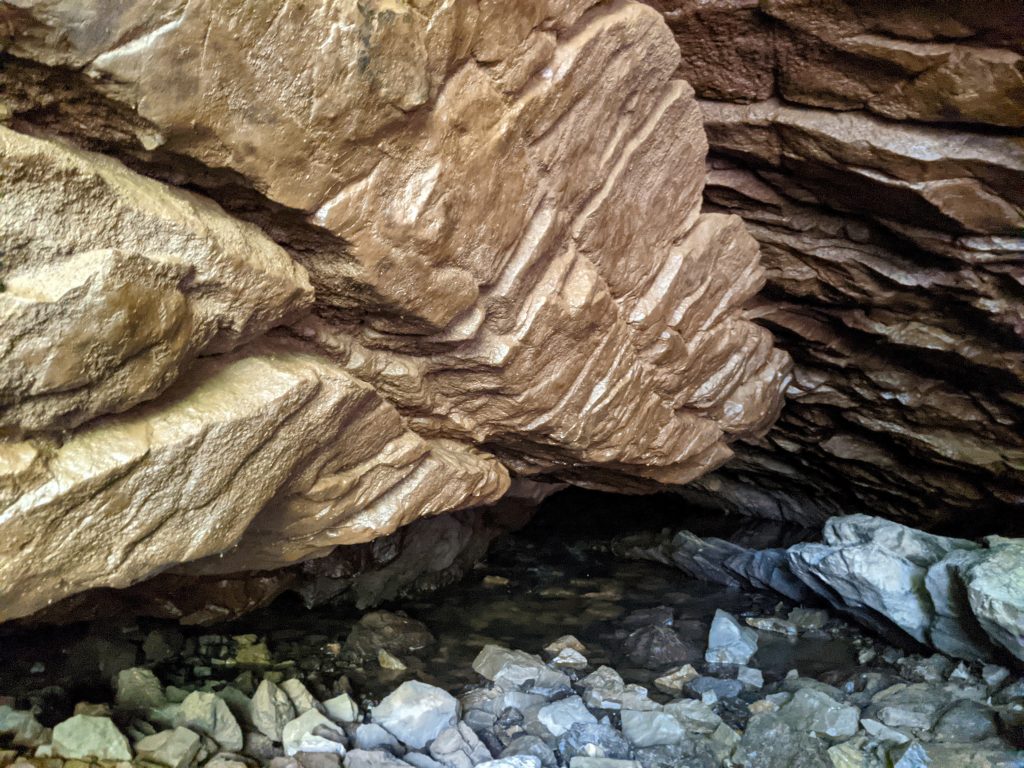 You can find out more about this fascinating trail on the National Trust website here. Further reading is also available at The Geological Society website here.