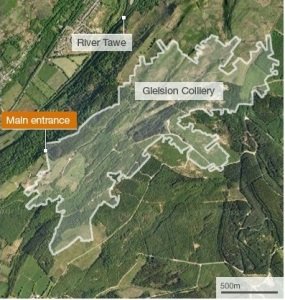 John Campbell, Director of Earth Science Partnership, has recently been involved in the defence of the legal action against Malcolm Fyfield who was charged with four counts of gross negligence and manslaughter arising out of a coal mining tragedy in September 2011 at the GleisIon Drift Mine Pontardawe, South Wales.

An Engineering Geology Expert Report was written by John and this formed part of the evidence and background to the general geological conditions of the mine and surrounding area.

The incident and trial details have been extensively reported on the television and national newspapers. Both Malcolm Fyfield and the Company MNS mining were found not guilty.