As part of this year’s Earth Science Week, The Geological Society have announced the results of this years photography competition. With a theme of ‘Earth science in our lives’, entrants submitted images of UK & Ireland geology which means something to their lives; the location of a field trip, a place near home or simply somewhere they love to visit. The twelve winners will all feature in The Geological Society 2019 calendar, as well as an exhibition at Burlington House.

We love this photograph of Nash Point, South Wales by Kevin Privett, which was one of the winning entries. Kevin stated ‘The Porthkerry Member of the Blue Lias Formation (Rhaetian-Sinemurian age) is exposed in extensive wave-cut platforms along the Glamorgan Heritage Coast, South Wales. It is close to where I live and illustrates the erosive power of the sea.’ 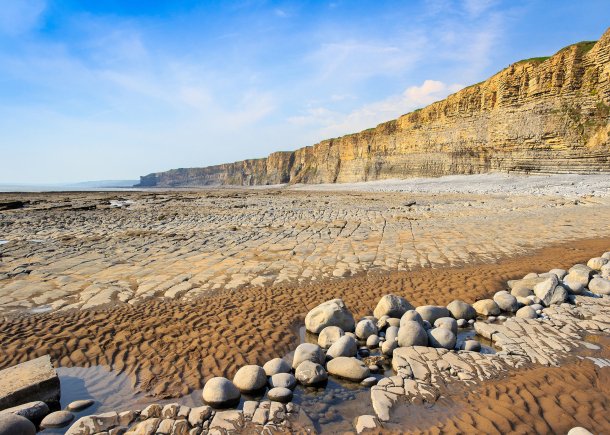 Earth Science Partnership are very familiar with the area and recently worked with a film company at Nash Point as part of an exciting project. We were asked to determine possible stability hazards at the site before our client began filming.

The geology of the area presented several challenges and considerations for the film crew, who wanted to film scenes from the cliff edge with the use of a drone as well as scenes at the base of the cliff involving the use of fire. Our Risk Assessment specialists provided details of the relevant lithologies and geological structure of the site as well as good-practice considerations to be adopted during filming to limit risks to personnel, property, the public, and the environment. We look forward to watching these scenes on the show, Britannia, which is set in the Roman era, air on Sky in the near future. 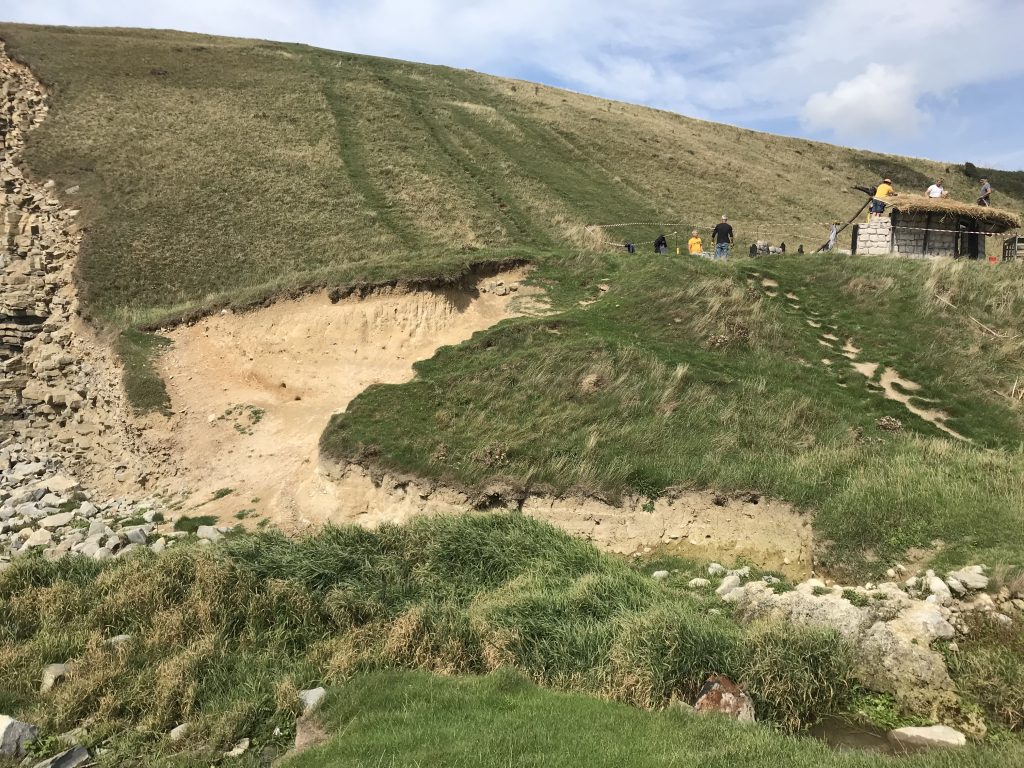 ESP geological risk assessment of the site at Nash Point 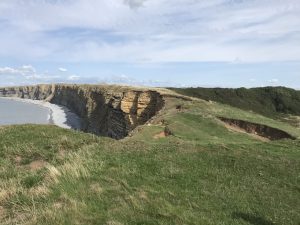 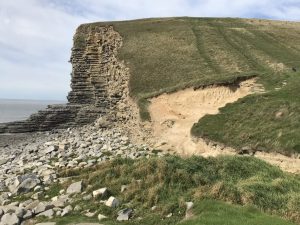 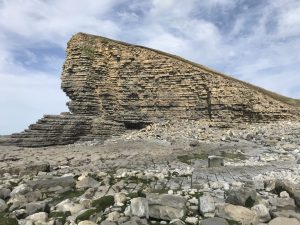 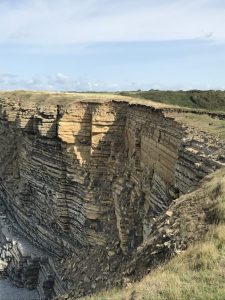