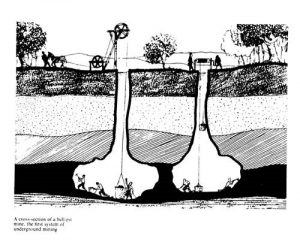 Recently ESP’s expertise in assessing risk mitigation measures for very shallow coal workings was utilised for a proposed residential site within the Warwickshire Coalfield, where we implemented a Coal Mining Risk Assessment.

Rotary open hole drillholes constructed on the site had indicated workings within a coal seam at 3.6 to 5.6m depth in the west, and the coal seam immediately beneath the surface soils in the east.  The workings/coal was around 2m in thickness, and included open voids.

ESP concluded the coal was likely to be the Seven Feet seam, which was a very important seam in the Warwickshire Coalfield, and extensively worked.  We concluded there was a high possibility of very shallow (less than 5m depth), unrecorded mine workings via ‘bell pits’.  Much of the early mining (dating from medieval times) in the Warwickshire Coalfield took place at the ‘crop’, via typically small, localised excavations down to the coal seam, widening out to win the coal once the seam had been reached, hence the term ‘bell pit’ – see figure.  Their presence and extent is rarely recorded on surveys, maps or plans. 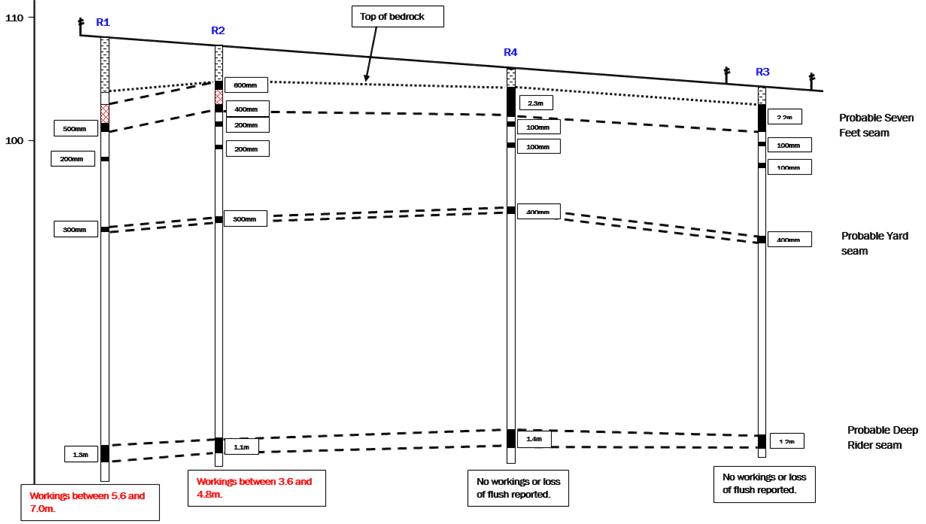 Fundamentally, we considered that, as the presence of the coal seam at shallow depth would have been well known to local miners, why would they have not mined it, given the value of the coal therein?

ESP prepared a risk mitigation strategy with the objective of managing the risks appropriately, but minimise the development costs for our Midlands based Client.