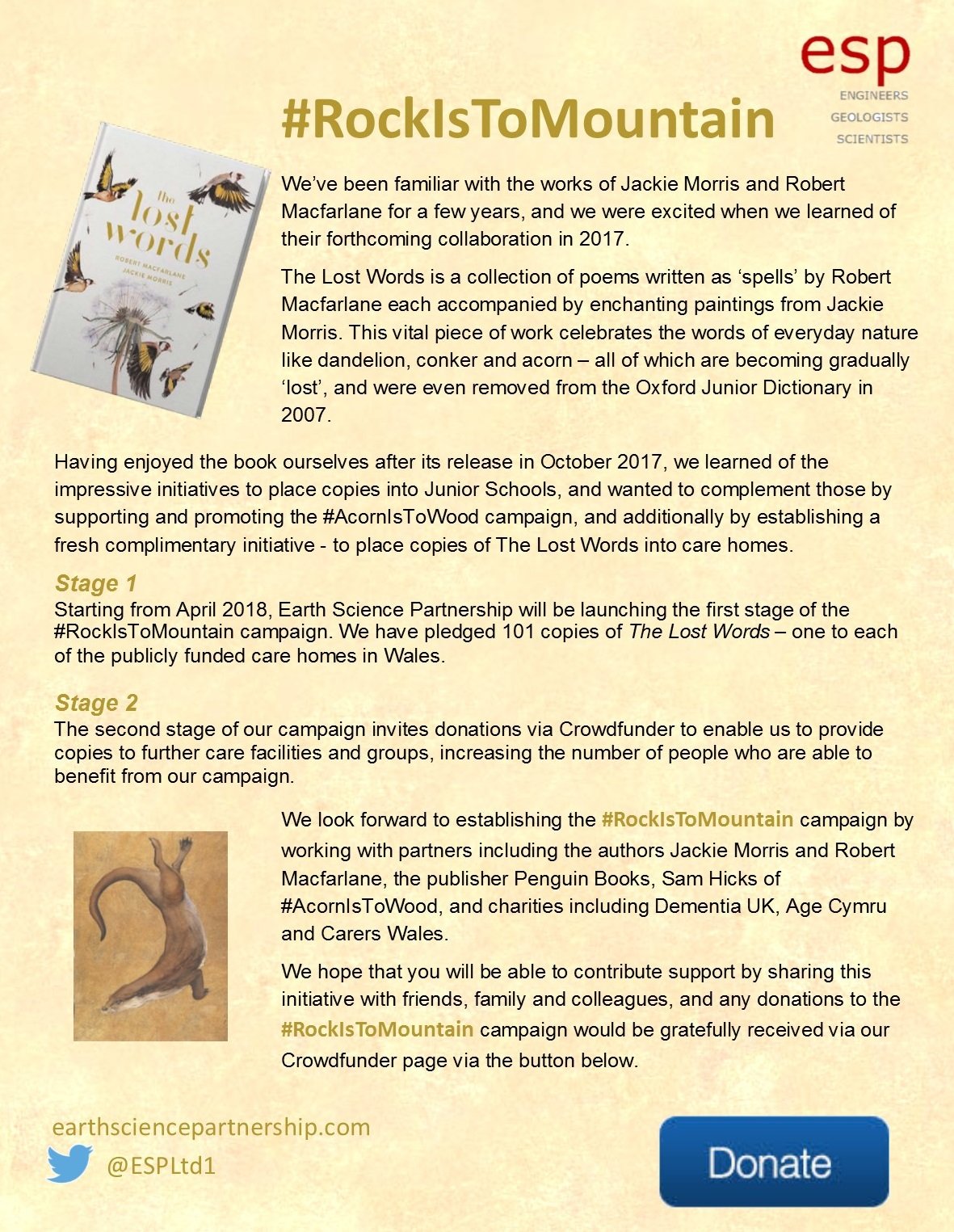 ESP aim to provide a copy of The Lost Words, by Robert Macfarlane and Jackie Morris, to publicly managed care homes across the UK.

The Lost Words is a collection of poems written as ‘spells’ by Robert Macfarlane each accompanied by enchanting paintings from Jackie Morris. This vital piece of work celebrates the words of everyday nature like dandelion, conker and acorn – all of which are becoming gradually ‘lost’, and were even removed from the Oxford Junior Dictionary in 2007.

Having enjoyed the book ourselves after its release in October 2017, we learned of the impressive initiatives to place copies into Junior Schools, and wanted to complement those by supporting and promoting the #AcornIsToWood campaign, and additionally by establishing a fresh complimentary initiative – to place copies of The Lost Words into care homes.

The Mission – Stage One 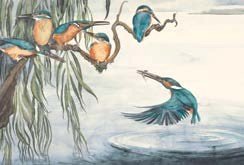 Starting from April 2018, Earth Science Partnership will commence our first stage of the #RockIsToMountain campaign.We have pledged 101 copies of The Lost Words – one to each of the publicly managed care homes in Wales.

The second stage of our campaign invites donations via Crowdfunder to enable us to provide copies to further care facilities and groups, increasing the number of people who are able to benefit from our campaign.

We look forward to establishing the #RockIsToMountain campaign by working with partners including the authors Jackie Morris and Robert Macfarlane, the publisher Penguin Books, Sam Hicks of #AcornIsToWood, and charities including Dementia UK, Age Cymru and Carers Wales.

We hope that you will be able to contribute support by sharing this initiative with friends, family and colleagues, and any donations to the #RockIsToMountain campaign would be gratefully received.