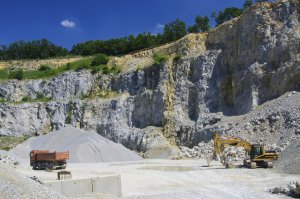 Ground structures and groundwater behaviour are critical controls on many schemes. The engineering geology and hydrogeology can influence stability, contamination migration and exploitation of water, oil and other minerals.

The natural world is complex and analytical solutions have to be tested against real-world conditions. Failure to do so can put feasibility and safety at risk.

Our experience in the area of Engineering Geology includes:

ESP undertook a targeted, time critical investigation of a railway embankment following its failure after heavy rain. This involved an initial desk study and intrusive works, in order to develop an accurate geotechnical Conceptual Model and the design of a remediation plan. These initial works and subsequent engineering design were completed, and approved by Network Rail within five days, with the ESP gabion revetment design completed by the contractor within seven days. The solution provided suitable protection from future ground movement or wash out failures and has allowed unrestricted continuation of rail services.

Project Example: Expert report for claim relating to impact of opencast mining on a residential property

An assessment of whether the activities of an opencast coal mine, located approximately 20 metres from a residential property, was causing structural movement.

Cracks of up to 20mm were noted in the building during a site visit, and findings showed that movements in both a horizontal and vertical direction were taking place.

ESP utilised in-house expert knowledge gained from over 32 years’ experience in these fields, including landslip monitoring and remediation, structural and hydrogeology, and extensive knowledge of the Welsh coalfield to formulate a pragmatic remedial approach. 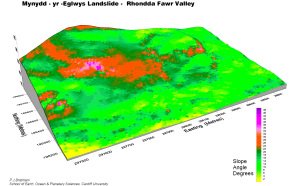 Earth Science Partnership were employed to design a site investigation, assist in the production of contract documentation and oversee the tendering and award of the contract to a suitable remediation contractor. ESP subsequently supervised all site works, ensuring they were completed to the high standard necessary. All factual reports produced by the contractor were then reviewed and following this an interpretive report was produced by ESP for the proposed remediation of the Mynydd-yr-Eglwys landslips.

Project Example: Engineering and Geological appraisal of the Carboniferous Limestone of Knab Rock

The former sea cliff section is particularly prone to weathering along its mudstone partings and beds of mudstone were exposed at the base of the cliff after a pumping station was constructed. This along with faults present and the steeply dipping beds created an on-going problem for rock falls. Our recommendations included dentition to provide support to critical key stones which showed signs of failure and rock bolting to support individual blocks for which dentition was impossible or inappropriate. Netting was also recommended to control the loosening of weathered rock faces.

A selected list of example projects can be found on our Projects and Technical page.